White Paper: Are social giving contests right for your organization 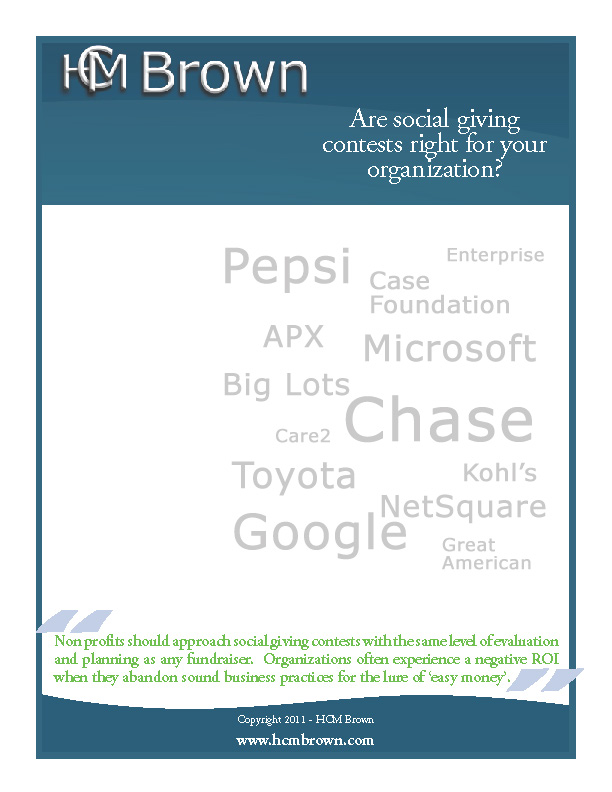 Each year corporations give more than $15 billion to charity. However, a vast majority of charitable contributions have traditionally been given to the nation,s largest charitable organizations. Cause Marketing or Social Giving Contests represent a new trend in corporate giving that makes it easier for the general public to decide where corporate dollars should go through online contests. The popularity of such contests, fueled by the rise in social media usage, presents a new opportunity for nonprofits to gain exposure and earn money for their organizations.

Large corporations like JPMorgan Chase, Kohls, Pepsi and Microsoft have launched innovative programs that encourage them to vote online for their favorite charity. In turn, the corporation gives away hundreds of thousands of dollars to the winning organization.

Although many corporations have only allocated a relatively small portion of the total charitable donations to social giving contests, the viral publicity associated with these contests continues to drive more and more companies into launching their own social giving campaigns.
But there is a price to pay for the opportunity to cash in on one of these social giving contests, and nonprofits should approach such contests with the same sound business practices that they would use to evaluate and plan any fundraising opportunity. 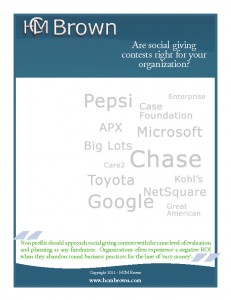 Click here to view our white paper on SlidShare